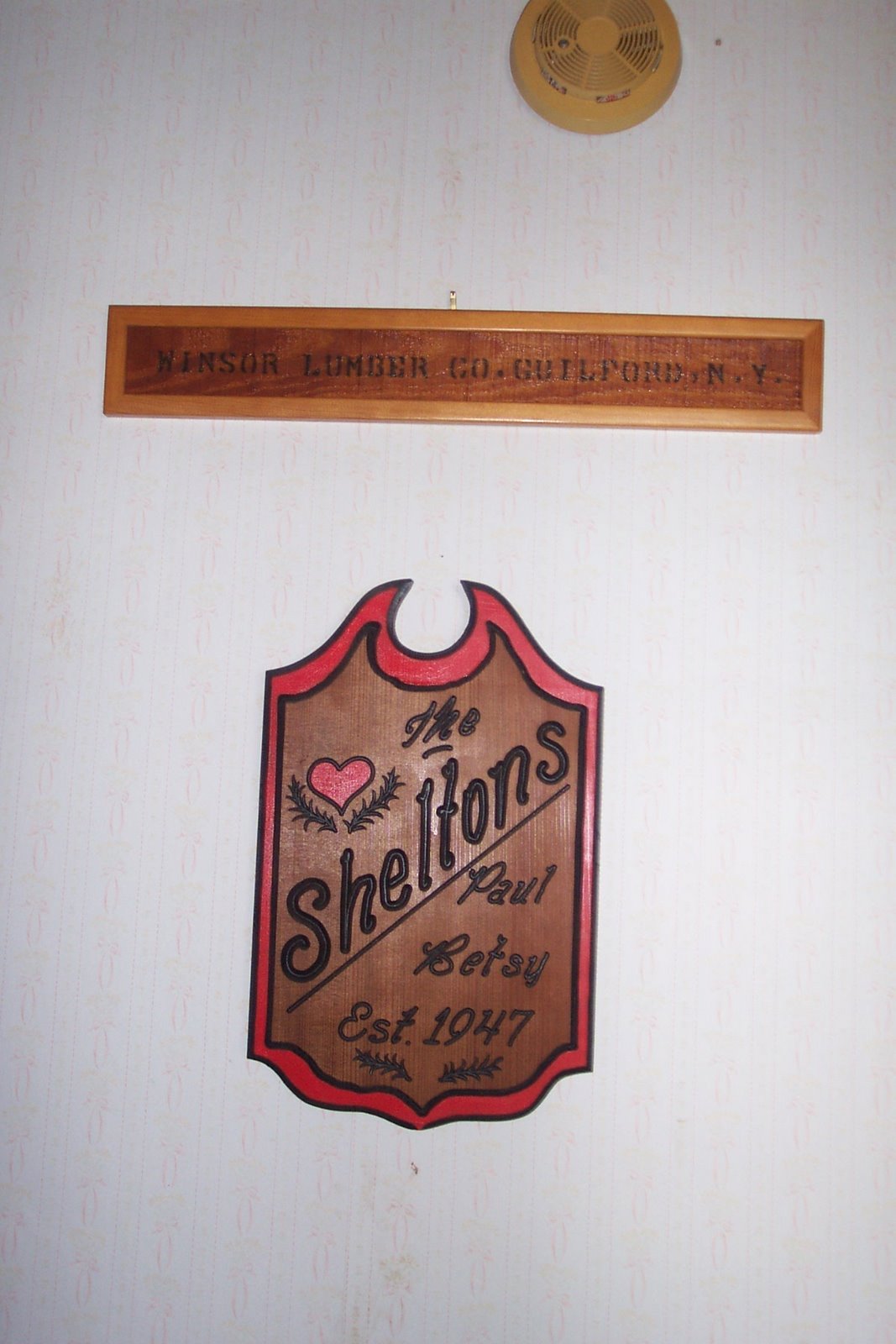 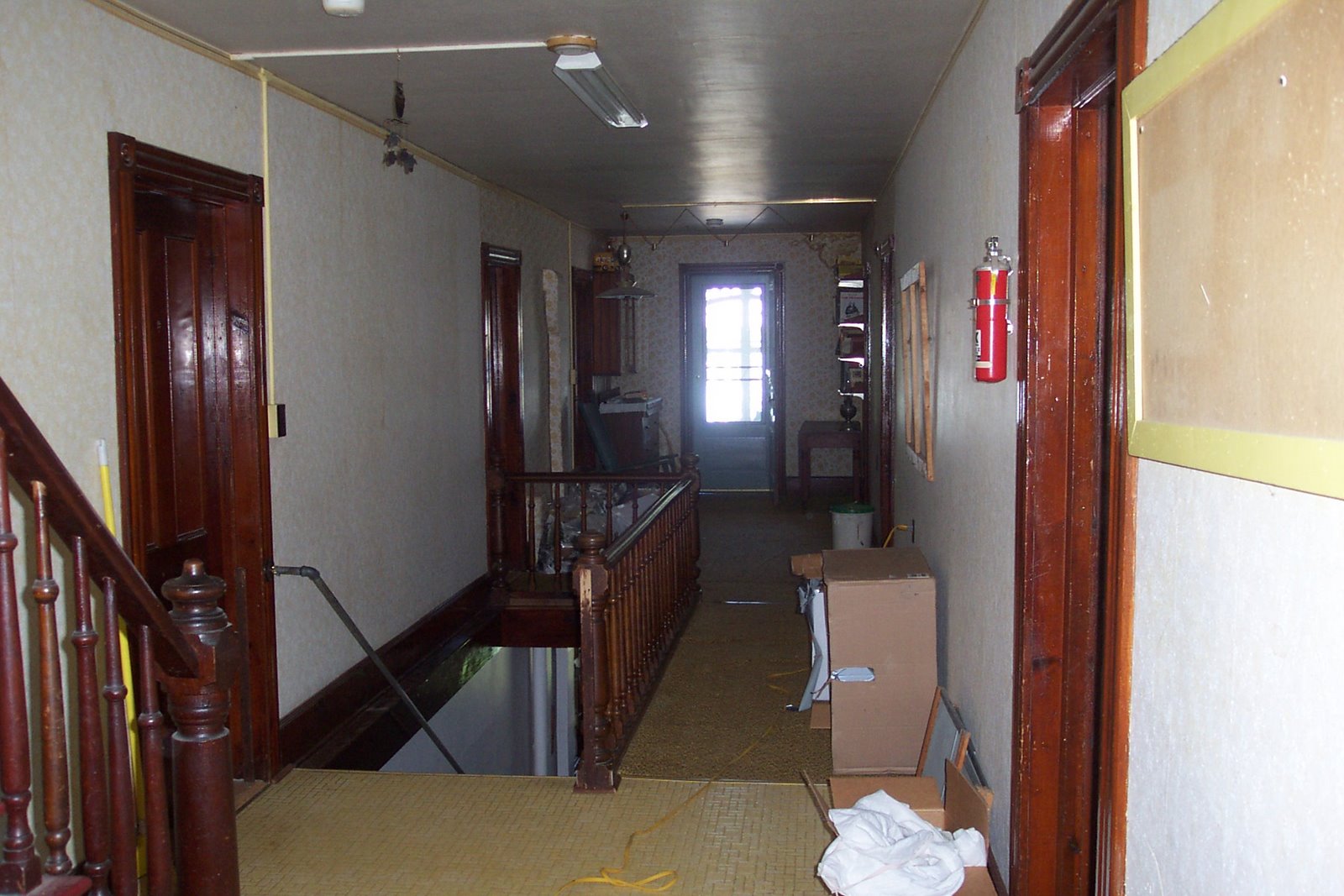 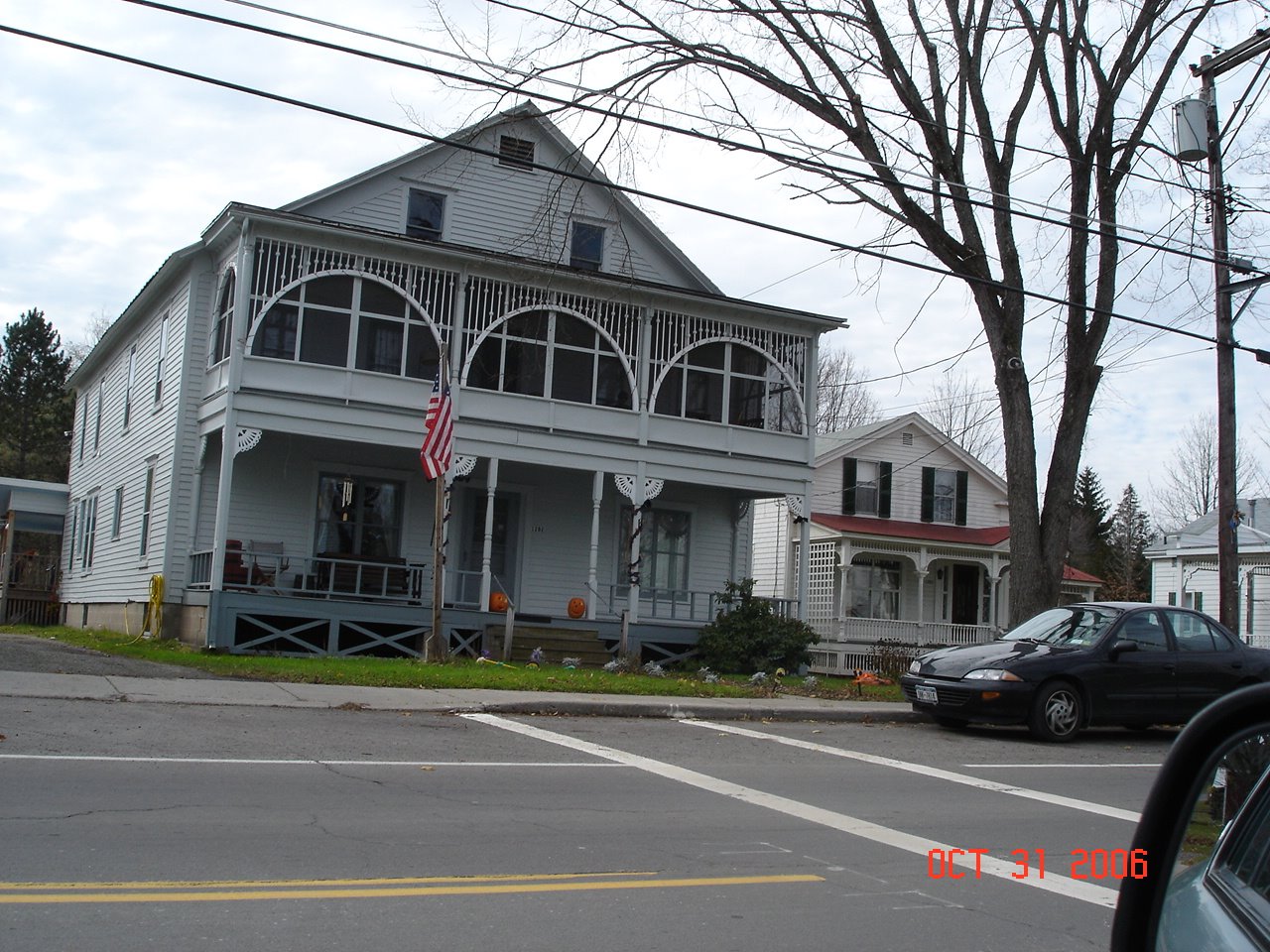 When Paul and Betsey lived there 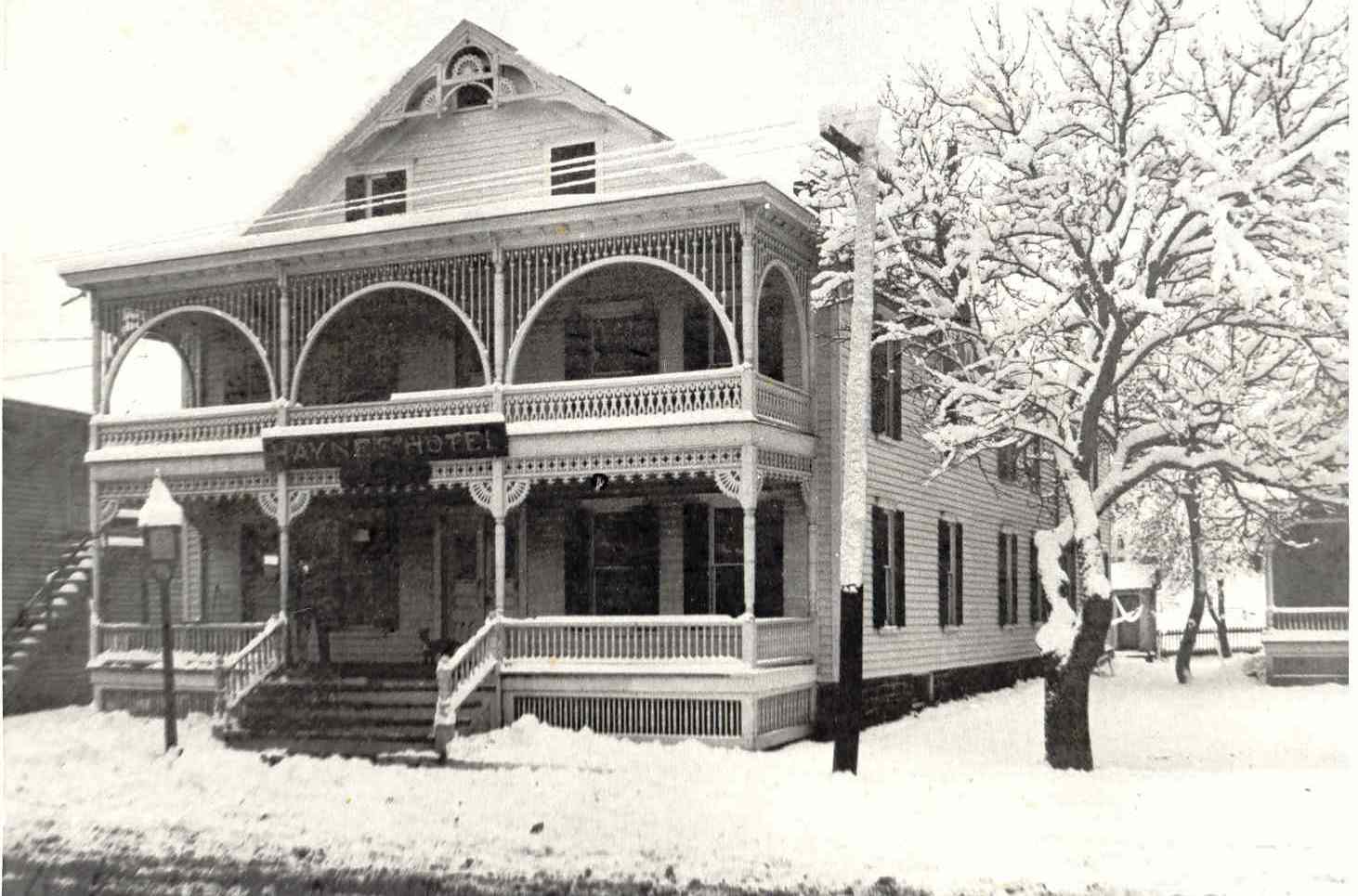 Haynes Hotel 1900
In January at our regular monthly meeting, Guilford Town Historian Tom Gray presented the following history with photos using power point.
History of the Haynes Hotel
Jan. 2009
The Haynes Hotel lasted for 70 years from 1840 to 1910.It was sold to Mr. Richards who sold to Ralph Shelton in 1918. Ralph made the hotel into a Hardware Store buying goods from Frank Yale.

When it was hotel, the first floor had an entryway and to the right was the barroom. There was also a parlor with a piano. A milliner from Norwich came in the spring and fall to display her hats etc. on the piano. The second floor had 10 guestrooms. The third floor had 5 smaller guestrooms and appears from the construction there were at one time dormers for each room. Around 1900 an addition was added to the back of the hotel with more rooms to accommodate an increase in business. There was also a carriage house in the back of the hotel that later served as a garage. An acetylene generator in the back of the hotel supplied lighting for the hotel. The gas was piped into the hotel rooms using two inch copper pipes. In the hotel were many large scenic and historic paintings elaborated framed. There was also a framed painting of an Indian that was perhaps used as a tobacco sign.

The rooms on the second floor were converted into small apartments in the early part of the 20th Century. Ruth and Glenn Trip rented one apartment. Glenn was the O&W station agent at that time. The second apartment was rented by Earl and Nettie (Kniffen)) Murray. Earl worked for the town and was also a clerk in Totman’s Store.

Ralph Shelton had his Hardware Store from 1918 until his death in 1966. His son, Paul Shelton then took it over and continued the hardware business. When County Route 35 was being completed through Guilford in 1971 the building was moved back by Dexheimer Movers and the back section of the hotel was demolished. The hardware store closed around 1975. Since then and until the death of Paul and his wife Betsy it was kept as a residence. As of 2009 it was up for sale.

In the summer and fall of 2008 I was invited by the family to tour the building and take photos. As a result, Fred Shelton, son of Paul and Betsy, donated a number of artifacts to the Guilford Historical Society.