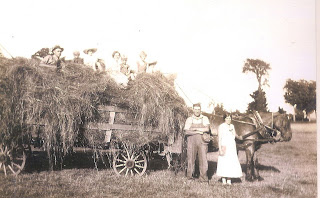 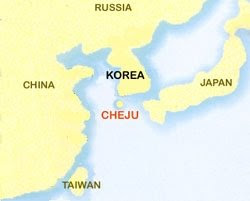 Heartwarming to know we can make a difference. Sometimes the smallest things can make a total difference in the lives of our residents and past residents. Such is true for a sister of a deceased military man killed when his plane crashed in Korea. Floyd Gunner Nelson was honored as the military person of the day on Memorial Day 2008. His children, spouses and sister were also honored at a reception for all veterans, in wartime and peace time. Floyd was a graduate of Guilford School and is still remembered by many. Here is an excerpt of the speech I made to honor him on Memorial Day.

In 1941, Gunnar Nelson bought a home on Mechanic Street. It was here where Floyd lived when he graduated in 1947 from Guilford High School. Shortly after graduating he became an apprentice draftsman at General Electric in Schenectady, NY. Then in 1948 he enlisted in the United States Navy. In 1950 Floyd received a congressional appointment to the United States Naval Academy in Annapolis. He graduated in 1954 as Ensign Floyd Gunnard Nelson. This same year he married Patricia Porter from Altoona, Pennsylvania in a full military wedding. After their honeymoon he reported for duty in Pensacola, Florida. Here he began flight training school. Later he was stationed in Texas and then on to San Diego, California. While stationed in Seattle, Washington, August 15, 1955 Floyd became the proud father of a bouncing baby boy, James Gunnard Nelson and on November 25, 1956 Floyd’s precious daughter Susan Patricia was born.

During his service, Floyd experienced deployments to Europe, South America and even had a trip across the United States. There were two deployments to Iwa Kuni Naval Base in Japan. On this final deployment he was due to come home in a few months, but had to complete a final endurance training flight of 14 hours. On April 9th, 1959, the Navy Patrol Squadron 50 with a crew of ten, 3 officers and 7 enlisted men, in a US Naval seaplane piloted by Floyd crashed into the side of Mount Seju on Chejudi Island. The island lay midway between Japan and the Korean Peninsula. Many newspapers reported on the Navy’s seemingly unending search for the crash site.
Finally on April 11th, the site was discovered and arrangements were made for Floyd’s body to return home. It was an agonizing month for his wife, father and sister Millie until Floyd’s body arrived at the Erie Railroad Station in Binghamton from San Francisco on Mother’s Day May 8th. The funeral was held in Guilford with burial in Sunset Hill Cemetery.
Those who remember are still saddened and have not forgotten the farm boy from Guilford, the son of a carpenter, who started out as an enlisted Naval man, and proudly became a Lieutenant. Floyd accomplished all these things by the age of 29. Herein today, lies a village, the village, that was saddened and numbed by the death of this great young man.

I wrote articles for the local newspapers and also placed a piece on “You News” a section of WBNG. Com. As a result, a man contacted the television station to find out a phone number of who posted the article. He was in Nelson’s squadron and was going to Korea and planned on placing a memorial on the mountain where Nelson’s plane crashed. He wanted to contact the sister of Floyd. You can read Arturo’s comments on the comments section of the following page. Just double click on this. http://www.wbng.com/younews/19073029.html. So you never know what can come of an article that produces the best Memorial Day that Guilford has seen in a few years.

0 thoughts on “It Only Takes an Article”