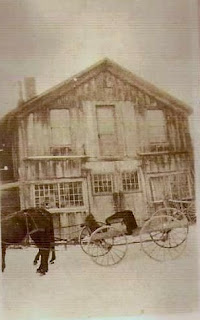 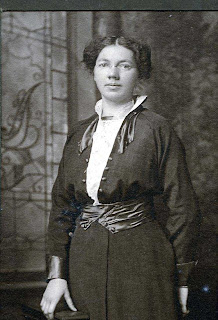 Since Tom is the town historian, we get many visitors to our house, emails and phone request for genealogy information. We learn from the seekers as well as trading information we have with them. This past week a fellow came by seeking the name Coon. We did not have much to help him and thought maybe the historian in Gilbertsville could. He came back to show us what he obtained from searching all the way to Sodus, NY. What we learned from him, gave us a new resident doctor. Dr. Lewis Coon was in training with Dr. John Yale of Mt. Upton and our seeker obtained, on his week long quest, a diary to prove it. Was he ever lucky and we actually drooled over his findings.

Also this week has proven to be quite eye opening as we have obtained some great photos through ebay. Our secretary is ever on the alert and helped us and the Bainbridge Historian get a couple of photo albums and misc. materials of the Edgar Leroy Cornell descendants plus others. His son married Ardie (Ives) Fleming and the family trickles down from there.

Today a couple stopped in to the house by the name of Delavan. Tom was truly in historian ecstasy when shown a photo of George H. Delavan’s blacksmith shop on Merchant St. I was thrilled to receive the genealogy of the Delavan Family and some group family photos. Life as an historian can’t get any better than this.

0 thoughts on “Coon, Cornell and Delavan…Oh My!”